Spoken by over 75 million people globally, French is the official language in 29 countries – with various varieties and dialects of French continuously exchanged around the world.

It’s also one of the 6 languages of the UN and one of the most studied languages worldwide. But have you ever wondered how languages have changed over time? Historical linguistics (the study of language change over time) and etymology (exploring the origin of words) has fascinated students, language learners and linguists for decades.

It’s well known that the French language is derived from Latin, like the other closely related Romance languages Italian, Spanish and Portuguese. But you may be surprised just how much modern French is influenced by other languages of the world. Over thousands of years, French has also been influenced by Celtic languages, English, and even Arabic. One way to see this influence in real time is by taking a closer look at loan words.

Loan words are words taken from one language and used in another. These words are usually used without changing their form in any way, and can generally be nouns, verbs, adjectives and even phrases. By exploring loan words, we can see what languages have connections with French and have had significant influence on the French language.

Let’s explore French and its similarities to languages East and West with our Learn&Co team! We’ve also got some tips if you’re studying French so do read to the end!

The links between French and Arabic go back generations and they reflect the extensive contact between French and Arabic native speakers. Much of these interactions between them relates back to France’s colonial empire, which expanded into North Africa in the 18th and 19th centuries. In French Algeria and French Tunisia, French became the official language, taught in schools and used in all formal environments. So to get a better idea of a language’s origins, it’s often a good idea to explore the historical ties between countries. Today, French is still widely used and understood across North Africa, with more globalisation and immigration allowing for more contact between speakers of different languages.

And it’s this cultural contact that’s believed to cause language change over many years, likely causing Arabic words and phrases to enter the French dictionary. Did you know Arabic is believed to be the third most borrowed language in French after English and Italian? One French language historian has charted at least 500 Arabic words used in everyday French! Many of these words are thought to be ‘native French’ words – with their Arabic origins little known even by French speakers.

French is still widely used and understood across North Africa

What’s more, history tells us that Spain had some influence on French and Arabic language borrowing. We know that French has also been influenced by varieties of Spanish over the years – and many of these ‘Spanish’ words are actually Arabic! After the Islamic conquest of Spain in the 8th century, Arabic started to change Spanish – which then transmitted into French! So the process of language change and loan words can be a bit like passing the parcel!

Let’s take a look at some Arabic words frequently used in French. A lot of the Arabic words used in the French language are word related to medicine, chemistry and science. One example is ‘chimie’ meaning ‘chemistry’, inspired by the word الكيمياء or ‘kemiyaa’ in Arabic.

Many more words of Arabic origin are everyday terms, such as ‘chemise‘ (meaning shirt) originating from قميص qamees‘ and ‘coton‘ (cotton) Arabic from قطن qutun‘. Check out the list below for more words!

Many other words are related to food and nature – tamarin (tamarind) and jasmin (jasmine) also come from Arabic words. Some words are also named after places in the Middle East. The French word for candle ‘bougie‘ derives from the wax that was traditionally used to make candles from the city of Bougie in Algeria. Likewise, the French word for muslin ‘mousseline‘ takes its name from the Iraqi city of Mosul.

The connections between French and English are better known by speakers of both languages. Many people know some of the countless French words and phrases used in everyday English – from en route to chic to deja vu. Several of these you may have heard of and used yourself! Read on for a more comprehensive list. There ‘s no doubt that the French have had lasting influence on their English speaking neighbours. What ‘s more, the same can be said for the English language leaving a mark on French!

The historical background behind this mutual exchange of vocabulary is well documented – most historians start with the 1066 Norman invasion of England, now nearly 1000 years ago! With them, the Normans brought their expansive French vocabulary and phrases and over time this led to language change. Soon, French replaced English as the official language of the courts and literature – and the rest is history. But from the 1900s, English loan words began appearing in French too. As English emerged as a global language in the 20th century – the number and variety of English words used in French increased too. Like the Arabic words above, these include everyday nouns, phrases and more. Many of these words relate to the technology that ‘s developed since then, (l ‘informatique, email, phone, playlist, connecter) as well as the world of work (business, brainstorming, manager, burnout).

Remarkably, some English words take on a different meaning when used in French. These loan words can get confusing especially if you ‘re learning French! One example is ‘le planning ‘, meaning ‘a schedule ‘ – not quite the same meaning as in English! These are sometimes known as false anglicisms.

Let's take a look at some of the most common English words used in French today!

Italian is one of French ‘s closely related languages – both derived from Latin and sharing many word roots. During the Renaissance in the 16th century, Italian became fashionable in France, and the French consequently borrowed words from the new It Language. Reflecting the Renaissance’s nature as a cultural movement, many of these words were related to art, architecture, music and fashion. Examples include: belvédère, arabesque, carrosse, concert, veste and opéra.

Today, many of these words remain in the French language, along with more everyday terms. Check out our list below and see how many you can recognise!

You may be wondering what’s the point of studying loan words, learning about word origins and more. Surprisingly, exploring similarities between languages can prove useful in many ways, especially if you’re learning languages. Studies have shown how exploring more about word origins can help motivate language learners, as a form of ‘meaningful learning’. It can also really help with picking up more vocabulary – by knowing more about words in this way, you can learn them easier and faster. It makes a change from repetitive rote memorisation and can provide you with a stronger understanding of your target language. This could help you in unexpected ways in your language learning journey!

Borrowing in languages goes back a long way and loan words are one way of exploring language change and history. I hope we've shed light on some loan words in French – we've explored Italian, Arabic and English but the reality is there are even more languages out there creating change in modern French. Language change is in fact happening all the time.

If you’d like to learn more about the similarities between different languages, check out this article from our Learn&Co team that explores the fascinating links between German and English. For any French learners out there, we’ve got you covered with the best language learning tips! 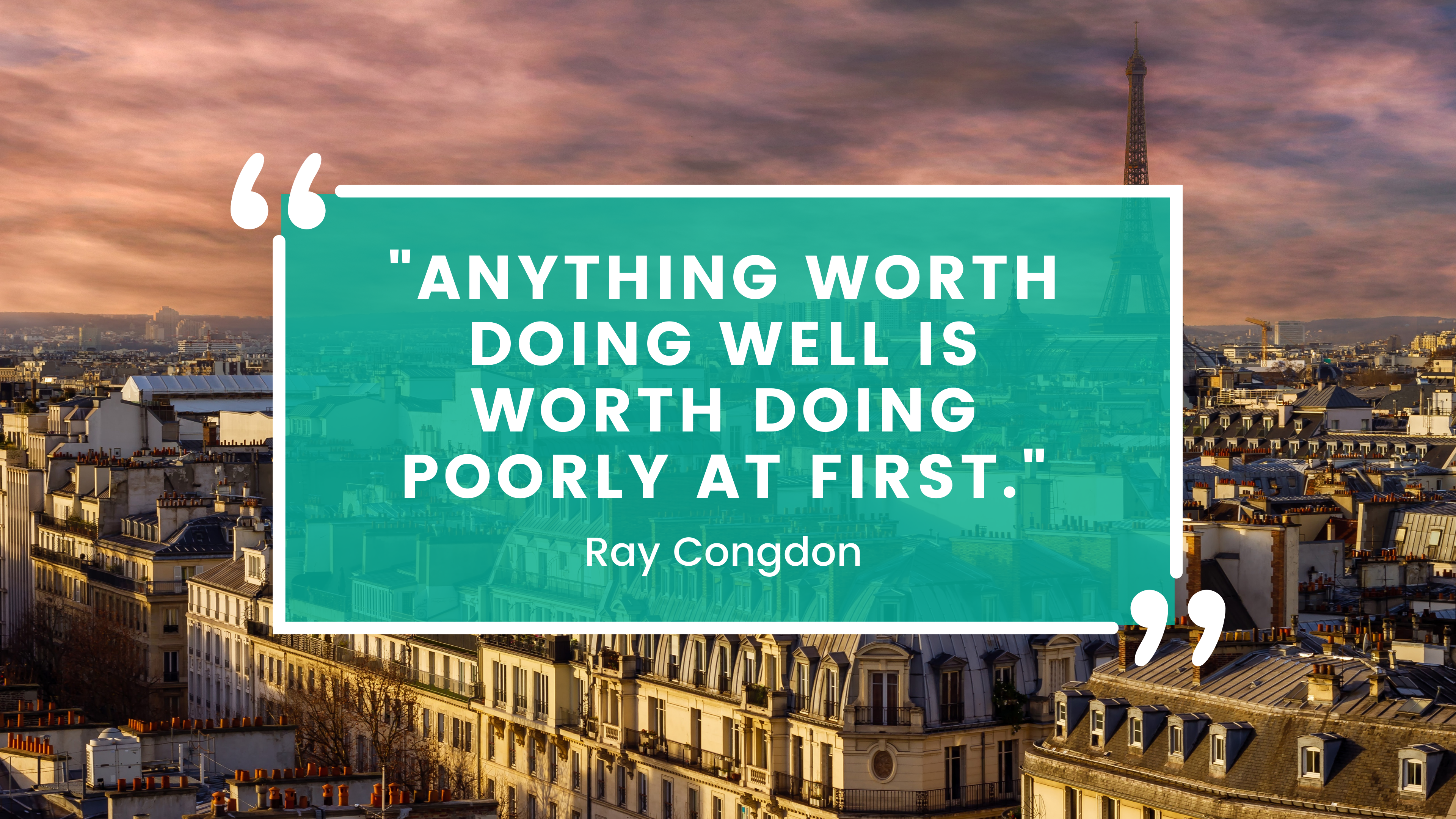 12 Portuguese Foods You Must Try On Your Next Trip

Multicultural London: The Best Places in London to Experience Different Languages and Cultures