German appears to be a notoriously challenging language for native English speakers to learn. However, the similarities between both languages is extensive. Both modern languages derive from the same historic dialect. The same foreign languages have also influenced them. Namely, Latin, Greek and French. So knowing they share the same heritage, it is unsurprising that they have strong resemblances in many ways. From origin and grammar to pronunciation and alphabet, German and English are similar in more ways than you might think.

English Is A Germanic Language

The most potentially important thing to know about the languages is that the English language originated from West Germanic more than 2000 years ago. The historic English language, called Anglo-Saxon actually gets its name from German. In around 500-800 A.D. Germanic tribes migrated to England. Their dialect and linguistic traits then infiltrated the English language. The Anglo-Saxon language, known as Old English, was spoken and written across England and southeastern Scotland until the mid-12th century (between 1100-1200 A.D.) After the Norman conquest, the language shifted away from its Germanic roots. It became more influenced by the French language brought by the Norman invaders.

Both English and German are members of the Germanic branch of the Indo-European language family. They are also similar to Dutch and Scandinavian languages. It is estimated that a third of English non-technical lexicons are of Germanic origin. Knowing this, it should be easier for English natives to get a headstart when learning German. 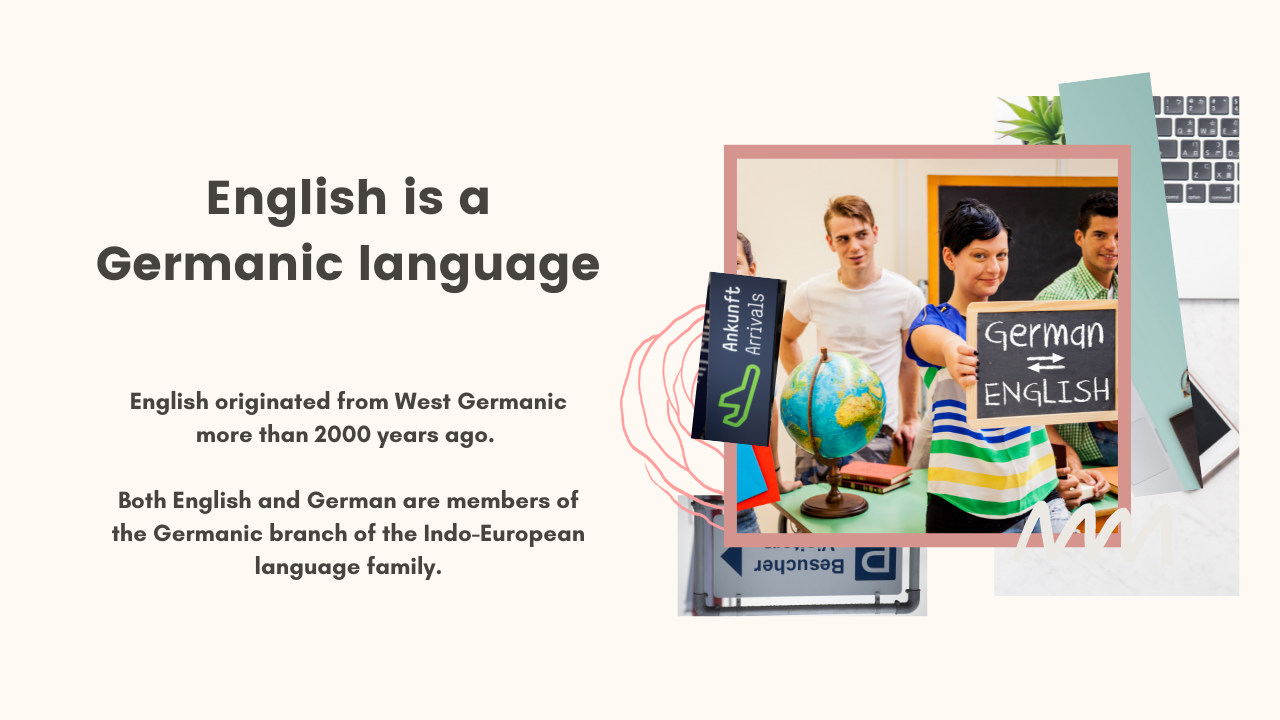 English And German Use Each Other’s Words

Moving on from the quick history lesson above, both of the modern languages share a lot of words with each other. There are some obvious German words that we use in our everyday English conversations. For example, the food terms ‘pretzel’, ‘strudel’ and ‘spritzer’. But aside from these, there are some other words we use that you may not know are German. To name a few, the words ‘rucksack’, ‘angst’ and ‘delicatessen’ are all German words. Yet, they are used in the English language.

German also takes a lot of English words to use in their vocabulary. Words like ‘computer’, ‘designer’, ‘album’, image’ and ‘laser’ are all taken from English. The German language generally uses a lot of English words in the fields of technology, fashion and music. They also borrow words when a new trend starts outside of German speaking areas, like ‘skateboarding’ and ‘aerobics’. 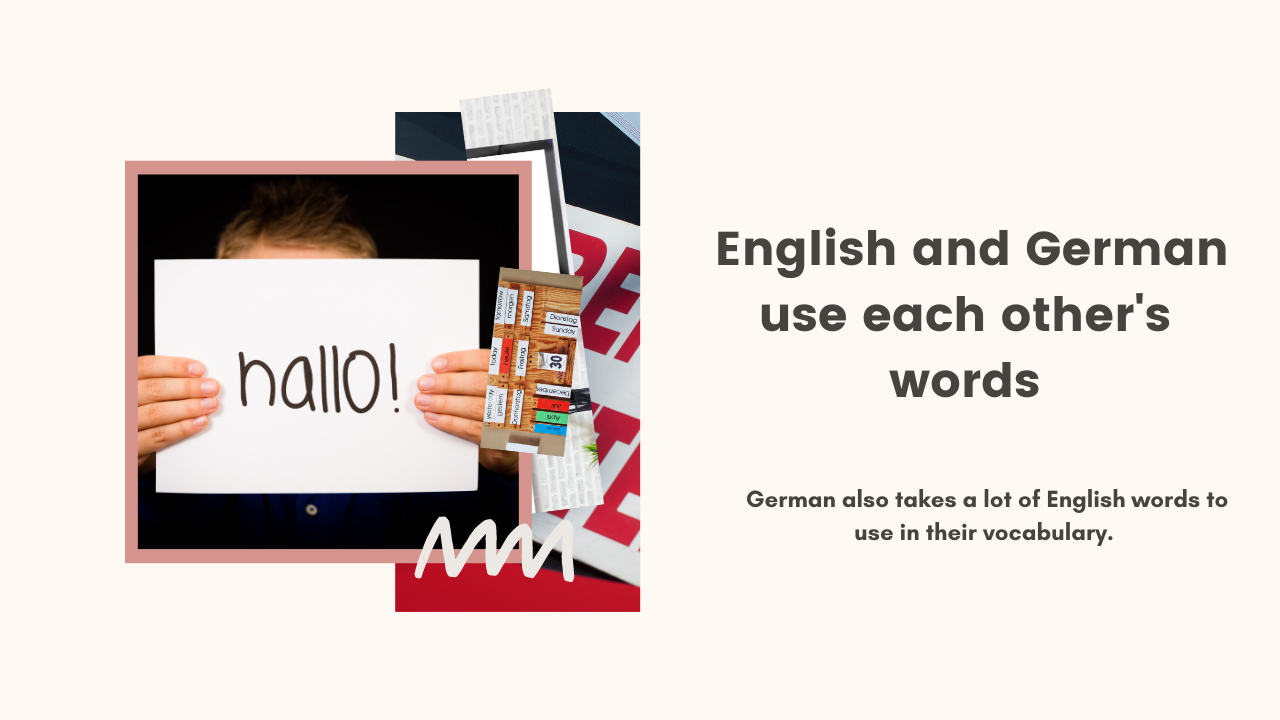 German And English Have Similar Grammar

For English speakers attempting to learn German, it may be a relief to know that there are strong similarities in grammar rules between the two languages. One key similarity is in the way that verbs change depending on the tense. A prime example is with the verb ‘to swim’, which is ‘schwimmen’ in German. The English word changes for each tense, from ‘swim’ to ‘swam’ to ‘swum’. The same happens in German. ‘Schwimmen’ becomes ‘schwamm’ and then ‘geschwommen’. 90% of German verbs are regular. This makes it easier for English natives to wrap their head around verb patterns and grammatical structures when attempting to learn German. It also helps that many words sound distantly similar, like ‘drink’ and ‘trinkt’ or ‘open’ and ‘offen’.

German is actually very similar to Shakespeare’s sentence structure and word order. Many English speakers could think of nothing worse than trying to read Shakespeare. However, if you look at the punctuation rules and placement of words,  you will see many links to the German language structure.

The Same Alphabet And Numerical System Is Used In Both Languages

All languages are influenced by each other and use elements from a variety of languages to form their own alphabets, numerical systems and grammatical structures. Both German and English use the Latin alphabet consisting of 26 letters. With the exception of 4 additional letters in the German alphabet (ä, ö, ü and ß). This makes it much easier to learn the other language. You will already be able to write the alphabet and have a rough idea of the pronunciation of letters and words.

The languages also share the same Arabic numeral and numbering system. All numbers are composed of the same ten digits (0-9). In English and German they have different names, but they follow the same core principles. This can be seen easily between the numbers 10 to 20. In English, we write them as ten, eleven, twelve, thirteen, fourteen, fifteen, sixteen, seventeen, eighteen, nineteen, twenty. In German, people write them as zehn, elf, zwoelf, dreizehn, vierzehn, fünfzehn, sechzehn, siebzehn, achtzehn, neunzehn, zwanzig. You may not immediately notice the similarities but you can see that the ‘zehn’ in English replaces the suffix ‘teen’ in German. The basic pattern of the numbering system is the same between the languages. This makes German numbers much easier to learn than the bizarre French system. 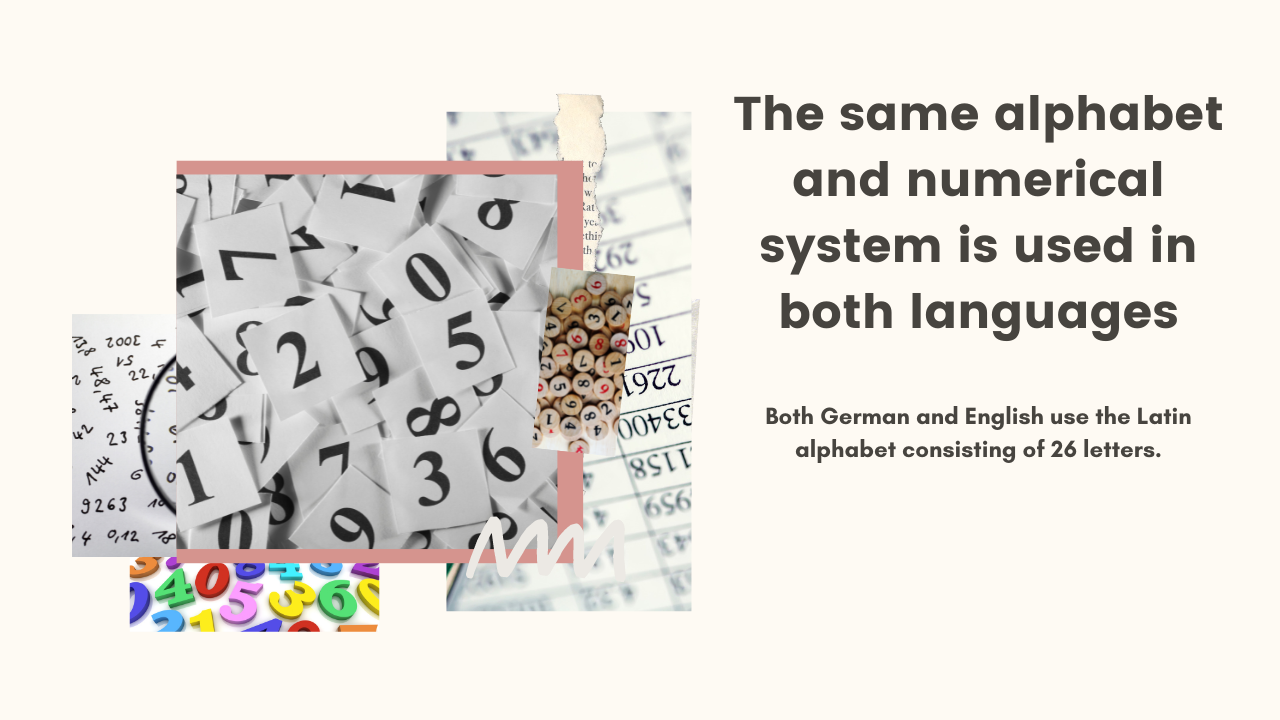 German And English Are Both Global Languages

It can sometimes be hard for native English speakers to find the motivation to learn a second language because English is the universal language. This status can make people hesitant to learn a foreign language that seems to have a lower level of global importance. But German is actually in high demand in our growing and interconnected world. Read our blog post on the 5 languages most in demand in 2021 to see how important German language skills are in the ever competitive job market.


German is the single most widely spoken language in the European Union. It is also the official language of Austria, Switzerland, Belgium and other countries. Furthermore, it is a minority language in countries as diverse as Brazil, Namibia and Kazakhstan. So if you are considering learning a second language that is widely used and is globally important, then consider learning German. Our specialised German tutors at Learn&Co offer tailored lessons for students of all levels. As such, they will make your language learning journey much easier and effective. 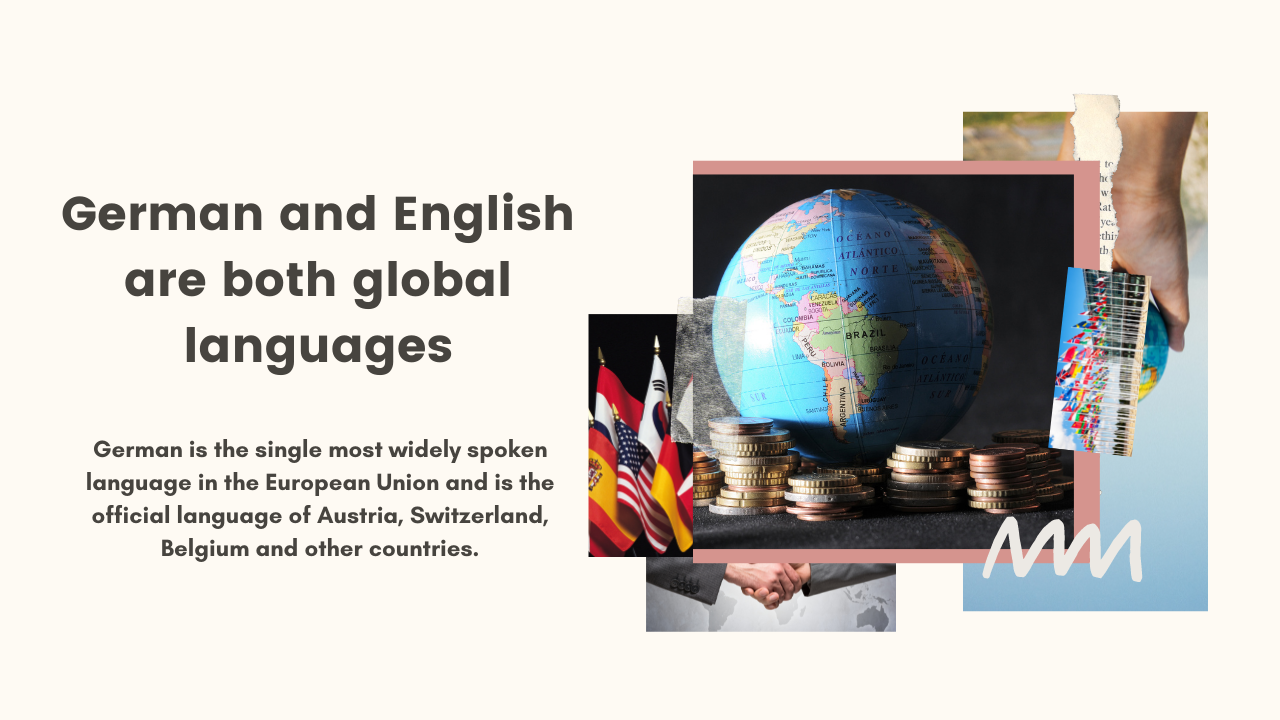 So, English and German are much more similar than you think. There is definitely a stereotype of German being very challenging to learn. However, all the parallels in origin, grammar and pronunciation makes it actually easier for native English speakers to learn than some other languages. The historic links and influences between the languages are still visible in today’s modern dialects. Particularly with many words being borrowed from each other. The grammar is similar, especially with verb structure. Plus, there are strong resemblances with German and the Old English used by the likes of Shakespeare. Both German and English are global languages used within international business. Also, among many foreign societies. So start learning a new language now with our skilled tutors at Learn&Co. 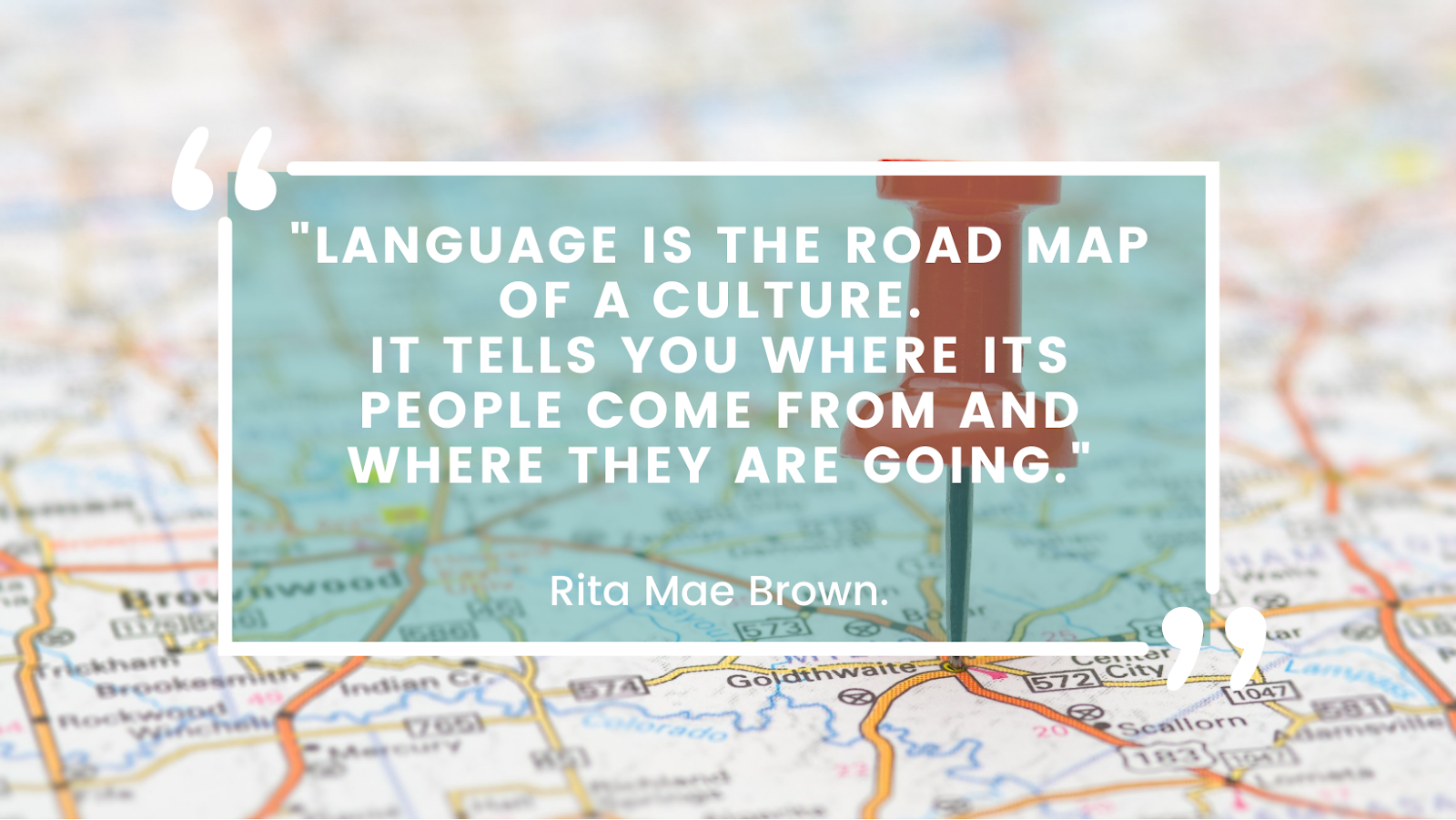 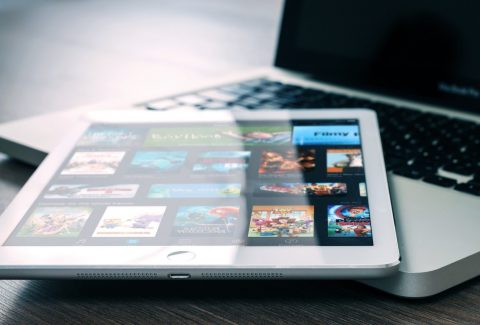