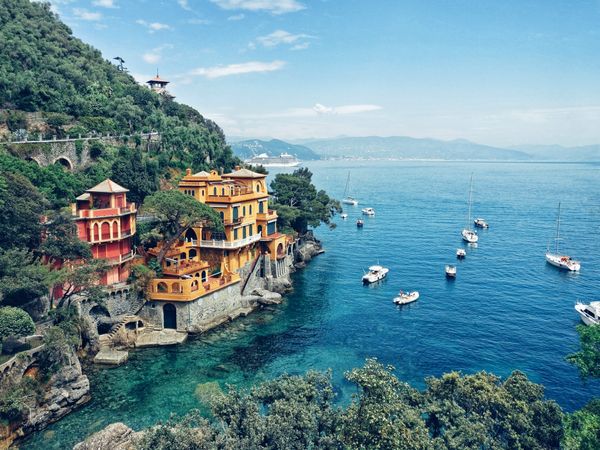 Although the entire country is a boot-shaped peninsula, it is definitely more than just air that fills Italy.

This is a country that most know for its celebrated cities cities. So take a chance to enjoy these Italian wonders this summer. From a king that lasted for 36 days, world renowned pasta and home to the smallest country in the world (The Vatican City). Italy doesn’t fall short of interesting insights. 63 million people in the world speak Italian as their first language. And a further 3 million as their second language. Our tutors here at Learn&Co can get you ready for any conversation in Italian whilst you explore all there is to offer. Let’s dive deeper into our must see places to explore Italian food, language and culture this summer. I can promise that you won’t want to say ciao anytime soon.

There are a number of food capitals in the world with outstanding cuisine. But in 2021, Italy was voted number one. I myself have been fortunate enough to taste authentic Italian cuisine, and can say you’ll be dreaming about it for days. You may have heard of the famous dishes from this country, so I’m going to start with something light and surprisingly sweet. This appetiser is pretty simple, you wouldn’t believe it tastes so delicious.

The bruschetta was born as a hymn of the Italian flag. Shown through the three main elements of it: the green of the basil, the “white” of the bread and the red of the tomatoes. A dish that takes only 10 minutes to prepare, it has grown into an Italian delicacy where chefs have adapted and put their own twist on the appetiser. You may hear people calling it different names, depending on the region in Italy. For instance, many in Tuscany refer to it as fettunta, in Piedmont locals call it soma d’aj and people in Calabria know it as fedda ruscia. No matter what region you find yourself in this summer, make sure you start your meal with some Bruschetta. 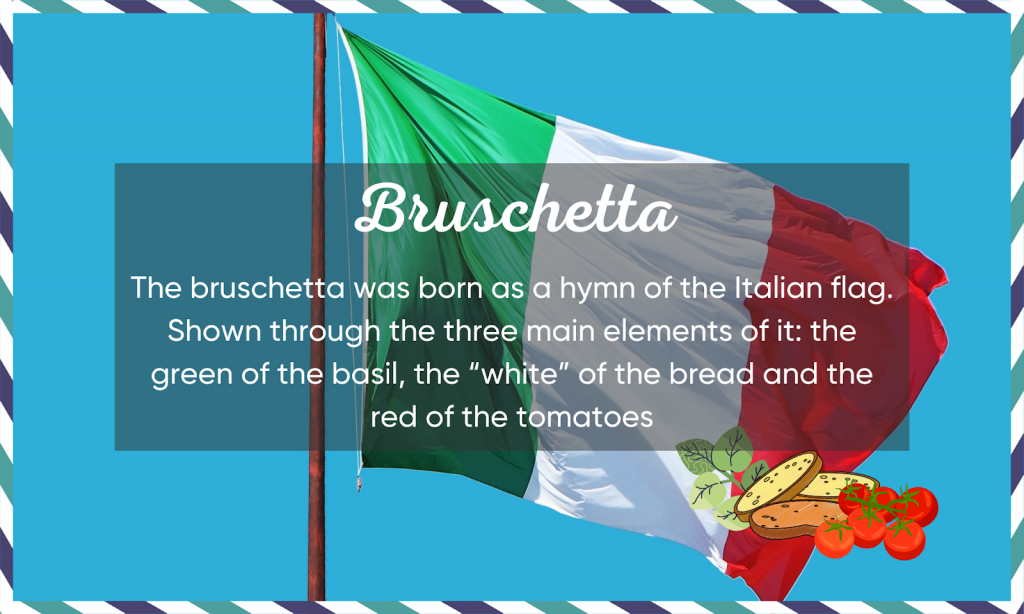 I’m yet to find a country that doesn’t have a pizzeria influenced by Italian culture. Pizza actually originated from the beautiful city of Naples back in the 18th century. It was first sold by street vendors that would carry large boxes of pizzas, cut to size per the customer’s request. Since then, pizza has been sold across the world in over 70,000 restaurants. There are two main styles of pizza; Neapolitan which has a thicker crust, and Roman style that has a very thin crust and can almost seem burnt. The great thing about being in Italy is that you can eat pizza at almost any time of the day! Whether it’s getting a quick slice on your way to the malls, or sitting down at a table for lunch or dinner.

This dish is famously known for its taste all around Italy. Therefore, you could visit almost any city to catch a bite. However, for breathtaking views alongside an authentic tasting pizza, visit Ischia. It is a volcanic island in the Tyrrhenian sea located in the Gulf of Naples. Any meal you have will be one to remember with this hidden treasure. 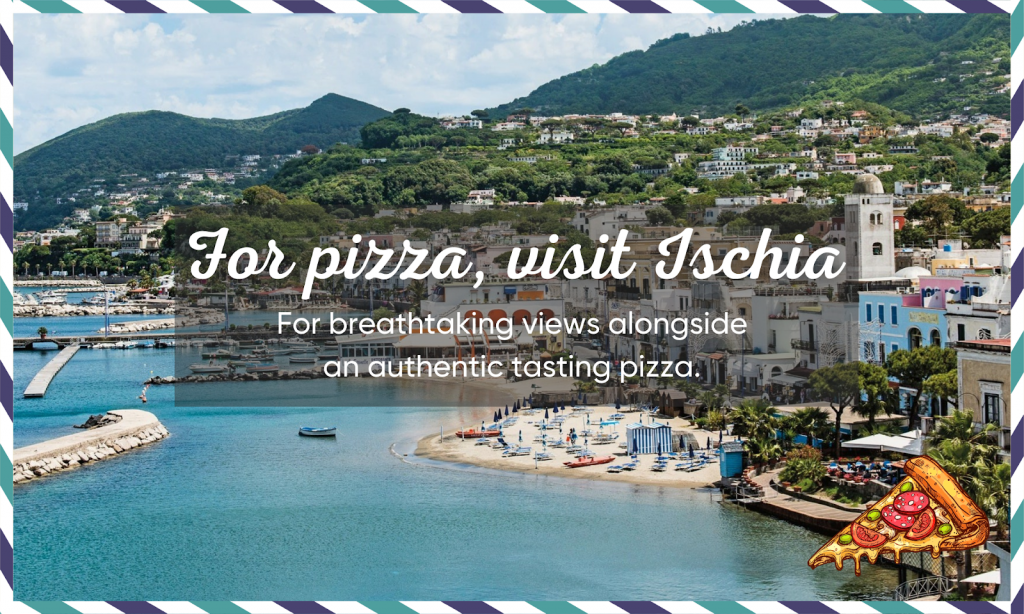 The origin of pasta

Now, I don’t think it’s possible to explore Italian culture in Italy without tasting this next dish. From spaghetti carbonara, lasagna and gnocchi, Italians have mastered the art of pasta. Looking back at its history, popular legend claims Marco Polo introduced pasta to Italy following his exploration of the Far East in the late 13th century. However, pasta can be traced back as far as the 4th century B.C, where the Chinese were making a noodle-like food as early as 3000 B.C. 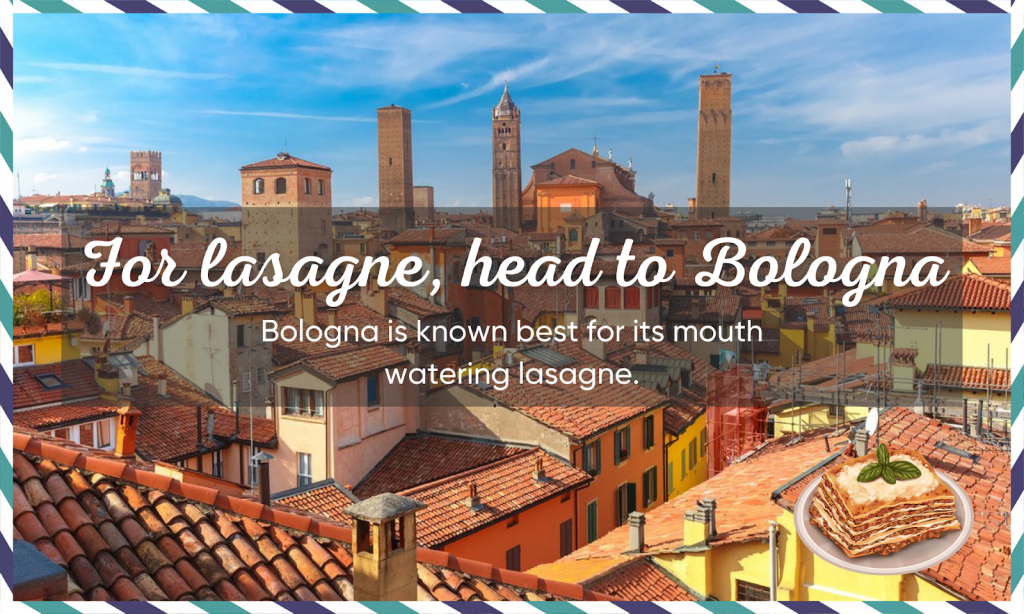 Nevertheless, pasta grew to become a favoured dish in Italy, despite Italian futurists trying to ban the food in the 1930s. With hundreds of different types of pasta, you’ll never be limited to the number of dishes you could try. While I’d settle for any meal that contains prawns, there are undoubtedly a few places you could go to catch a taste of authentically cooked pasta. For instance, in the city that gave us bolognese sauce, people know Bologna best for its mouth watering lasagne. The Emilia-Romagna region has to lift the trophy, as the version here is like no other. You later lasagne sheets with ragù, thick béchamel sauce and plenty of cheese slowly baked in the oven. It sounds truly heavenly.

Looking for something a little lighter? Then head over to Rome for the historic pasta alla carbonara. Known as spaghetti carbonara around the world, this dish is actually relatively new to Italian cuisine. First appearing in the mid-20th century, it has become a simple favourite amongst families, friends and tourists alike. Made mainly with hard cheese, egg, guanciale and pepper cooked over a hot stove, for its creamy nature to reach its final form. There is a particular restaurant called L’Arcangelo, where locals from Rome swear by the chef’s authenticity to create a specular plate of spaghetti carbonara. Why not pick up a few lessons from our friendly tutors here at Learn&Co? They’ll get you asking for another plate in Italian in no time. 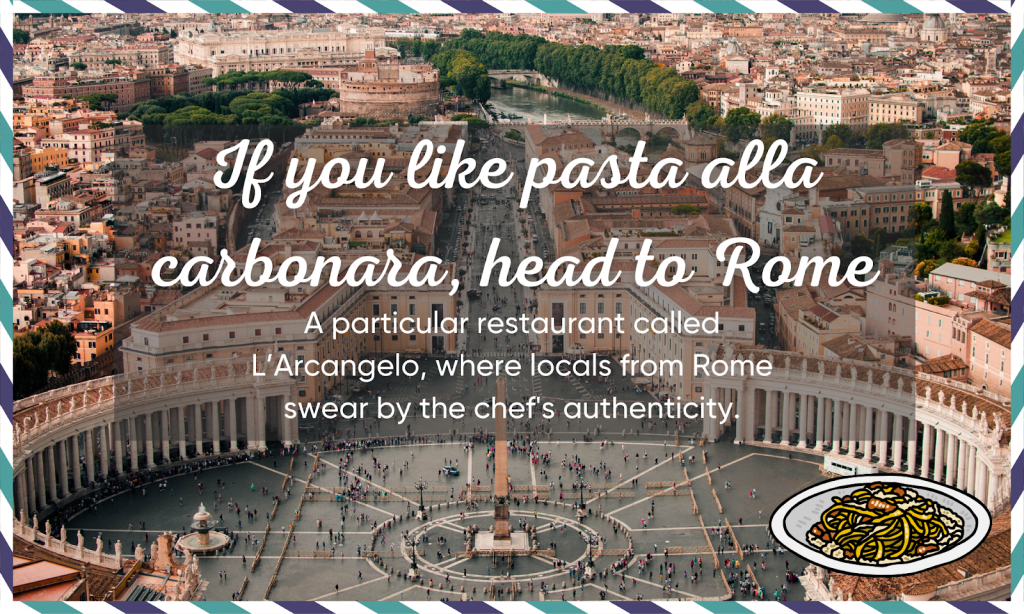 Immersing yourself in a country to learn a language is probably the fastest way for you to pick up its mother tongue. Yet, many of us are not in a position to completely move to another city. So what is the alternative? I’ll tell you. It’s seeing every opportunity you get to speak the language and having the confidence to apply what you know to the situation. If you get the chance to visit Italy this summer, why not go feeling more prepared and ready to explore Italian culture through its language?

Venice has been called the perfect place to practice your language skills. From their welcoming attitude and open-mindedness, they come from a seafaring tradition. Although Venetians have their own strict dialect, they speak standard Italian if addressing somebody who is not a local, and most of them speak very good English. Check out our best tips on maximising your language, skills and knowledge whilst abroad to make the most of your visit to Italy.

Did you know that Italy was actually once Europe’s expat literary hotspot? During the 19th century novelists, poets and assorted scribblers flocked to Italy. They visited for the price, pace, view and/or the inspiration they found there. One romantic writer in particular known as Lord Byron, has the deepest connection to Italy. It was Byron who introduced the term “Bridge of Sighs” to the English language; a translation of the Italian Ponte dei Sospiri. Talk a walk in his footsteps by seeing the bridge he spoke about in Venice, especially during the sunrise. It’ll be a sight to remember. 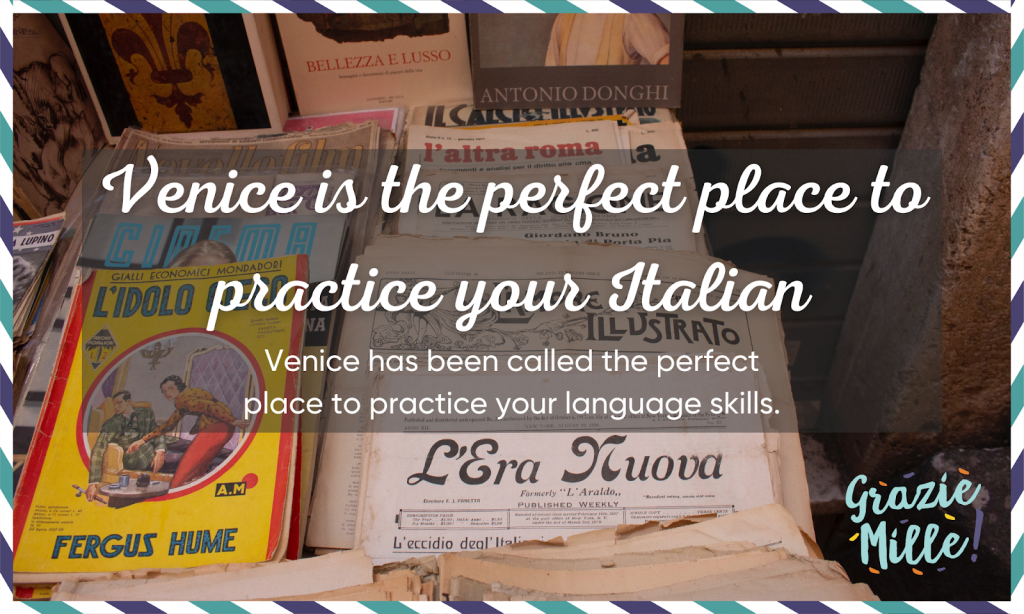 3. Where to Experience Italian Culture

Rich in history, beautiful art, sculptors and architecture surrounds Italy. Leaving boundless places to explore within the country. As much as the popular cities are must-see places, I think you’ll enjoy these secret towns just as much. I’m sure you’ve heard of the famous Shakespeare play known as Romeo and Juliet. Well, what if you were able to visit the set of this tragic love story?

The city of Verona gives you that chance. Many know this town as the most romantic town in Italy, with history stretching back to the Roman times. You can explore Italian culture by wandering along the 14th-century palace where the famous balcony from the play is set. Or visit the marvellous Roman amphitheatre, which in summer, hosts regular opera performances. As a less popular tourist destination, the ability to visit a number of historical sites without the long queues is refreshing. An hour and a half away from Venice, this town is a must see place to explore. 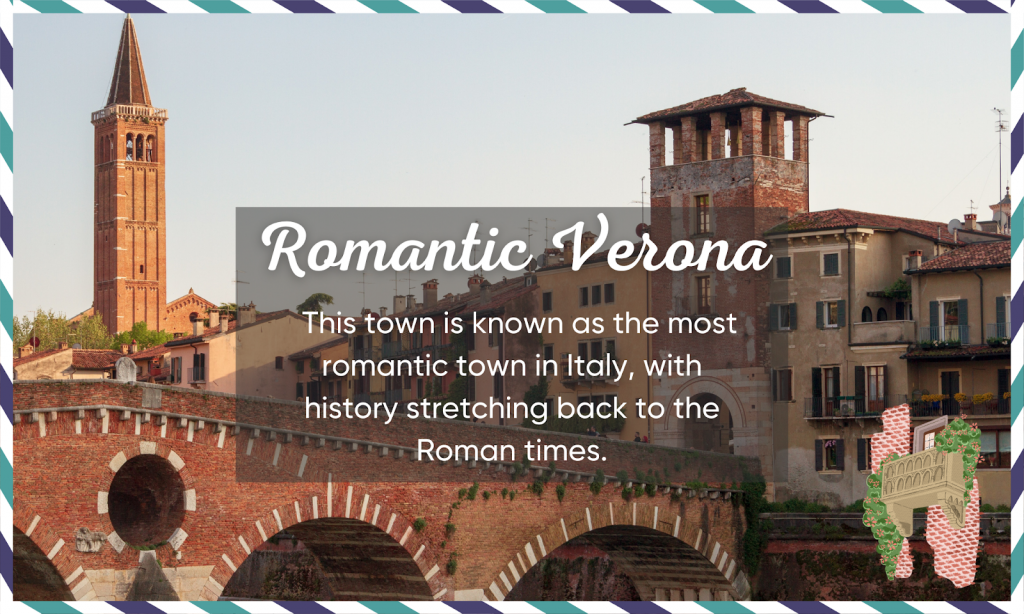 Now, let’s head a little further towards the centre of Italy to the beautiful town of Saturnia. This spa town in Tuscany offers the ultimate relaxation experience. And all for the price of nothing. The thermal waterfalls in Saturnia are sulfurous springs in the middle of a valley, well known for their therapeutic properties. Italy may get quite warm in the summer. However, there’s nothing better than taking a dip under the water to relax and unwind after a long day. Saturnia has interesting origins, as the town became a hideout for outlaws in the 1300’s.

Consequently, it was burned to the ground. Then, forgotten about until the thermal waters came into vogue once again. Since the hot springs are free to enjoy, hundreds of thousands of people visit each year. This is a great place to spark up casual conversations with some locals. If you need some encouragement, our tutors at Learn&Co can certainly get you right up to speed. 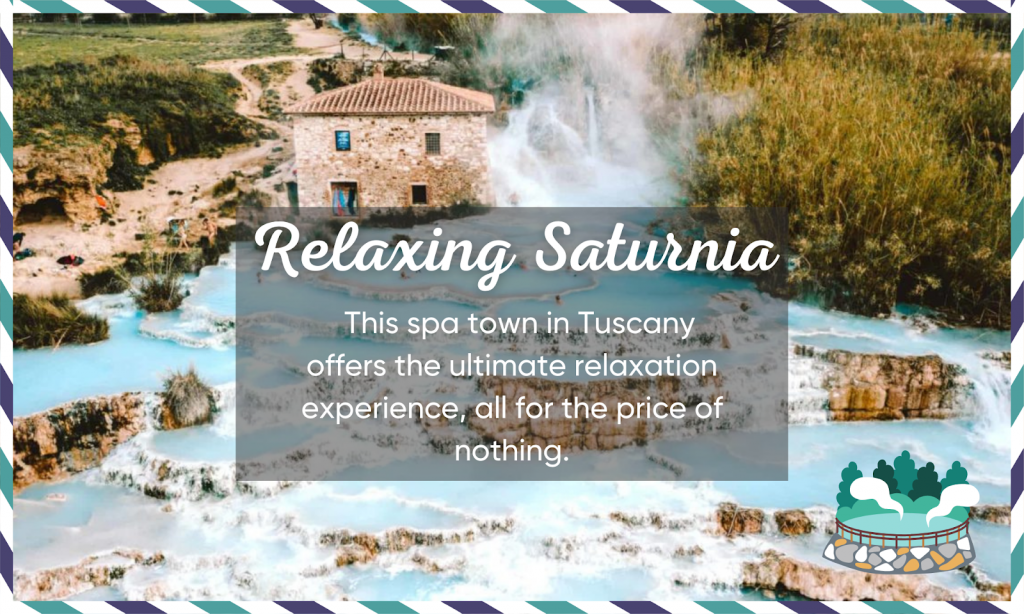 If we venture down to the southern part of Italy, we’ll come across Matera. Matera is in the province of Basilicata and is one of the oldest cities in the entire world. Imagine literally walking on pavements that have been carved into our history. The town has been deemed a UNESCO World Heritage site, due to it holding the first human settlements in Italy. Its series of grottoes known as sassi will have you exploring the most unique places in Italy. Above all, if it’s good enough for the 2021 James Bond film to be filmed here, I’m sure you’ll have an adventure of a lifetime. 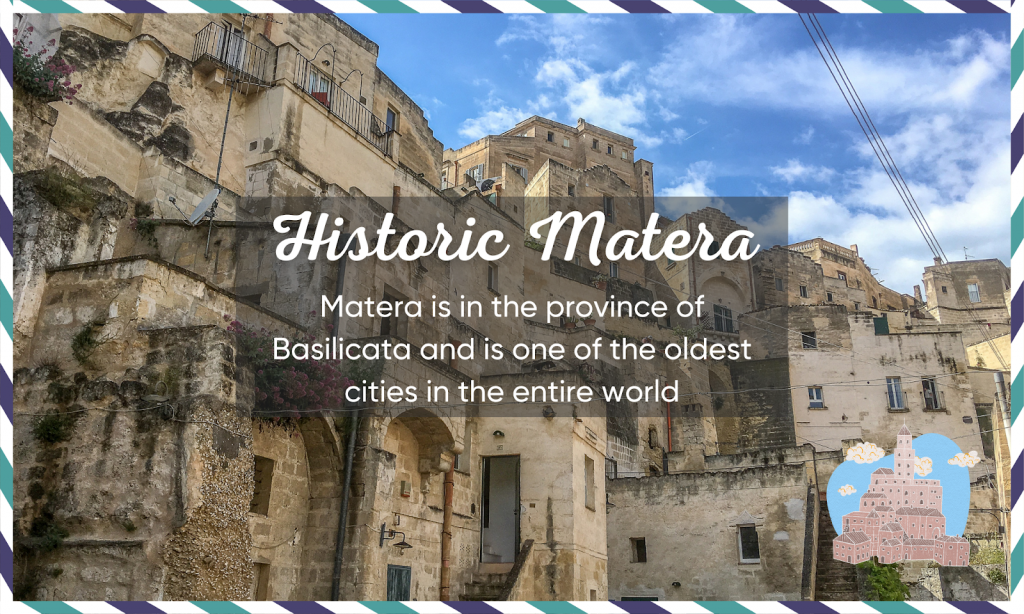 Taormina, located on the east coast of Sicily, is a hilltop town which ancient history surrounds. Taormina’s past is Sicily’s history in a microcosm: Greeks, Romans, Byzantines, Arabs, Normans, Swabians, the French and the Spanish all came, saw, conquered and left. As a result of this inquisition, Taormina became a popular destination for tourists- to bask in its old style Mediterranean charm. One thing in particular people enjoy, is the chance to visit the city’s old Greek theatre. Since the 3rd century, Italians have known it to host extravagant performances of work by the Romans. Now it holds all types of events, from plays, fashion shows and concerts. Any event would be a treat to attend, as the theatre offers panoramic views of the usually smoking Mount Etna and the Bay of Naxos down below. 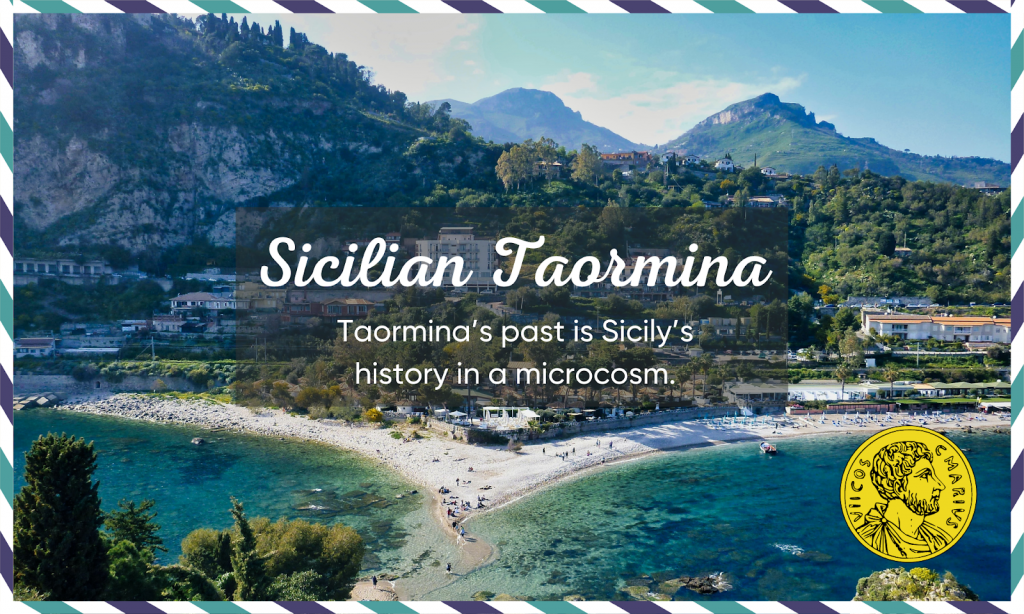 Italy truly is a magnificent destination to experience. Throughout its history, the number of interesting and unique places to visit has grown tremendously. Even without focusing on the more popular tourist attractions in Rome, Milan or Florence, there are still numerous places to explore Italian culture and enjoy. Request a consultation with Maria at Learn&Co, to make the most out of your trip to Italy this summer 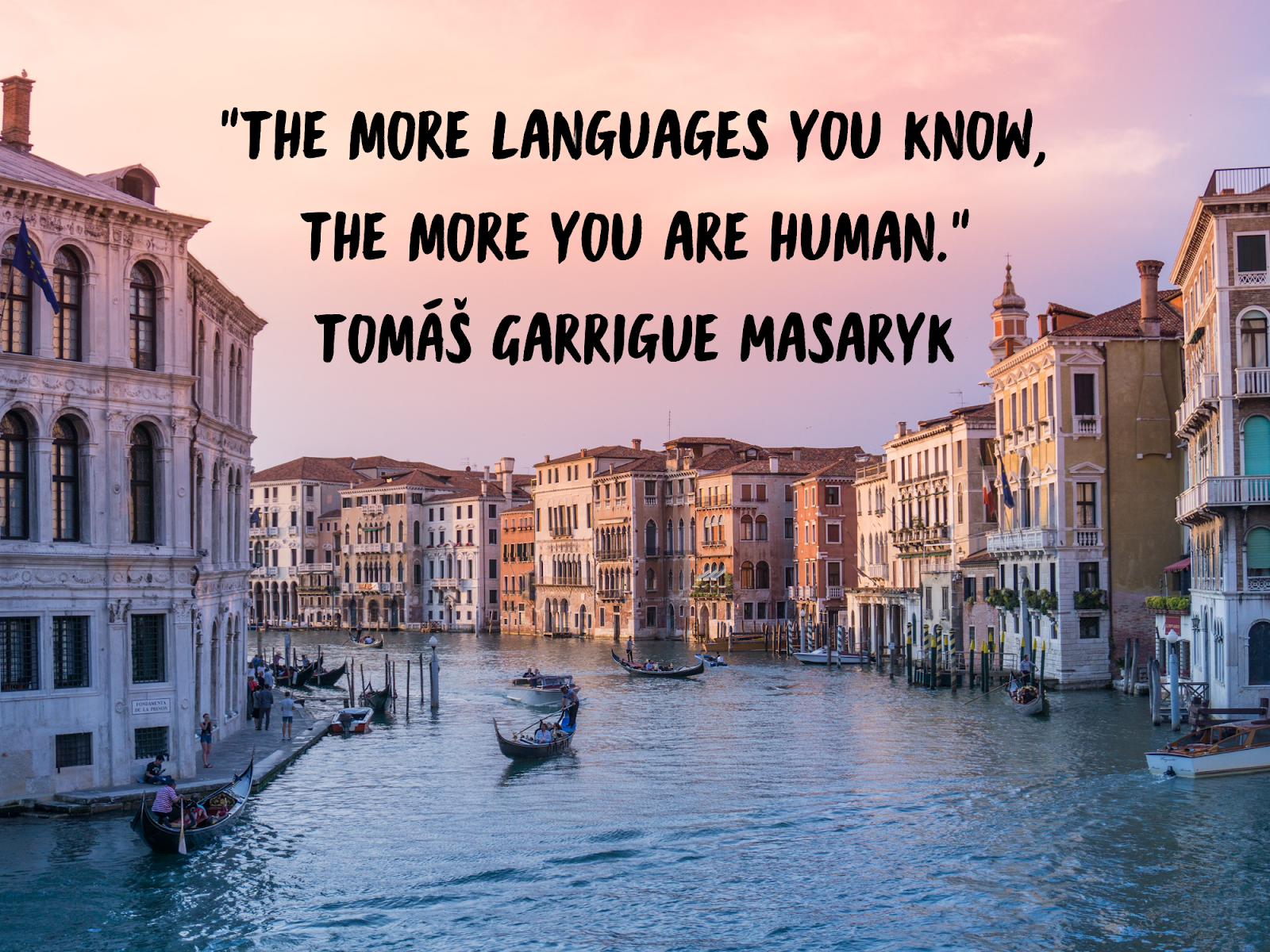 Guide To Exam Preparation And Staying Free of Stress