Despite being a relatively small country, Japan has managed to capture the attention of the world through its entertainment, technology and culture. Japan has introduced the world to its cuisine through dishes like Sushi and Ramen which have become commonplace in Western society. These are already enough reasons as to why Japan should be your next holiday.

Japan has also contributed significantly to “nerd’ culture in the west. Anime and manga have grown in popularity in western society. Furthermore, video games such as Street Fighter, Tekken and Final Fantasy are all household names in the gaming industry. Japan has a rich culture and history that is just waiting for you to explore and uncover it. In this article, I will be highlighting why Japan should be your next holiday destination post Covid.

The word Otaku has two different connotations in western society and Japan. In western society, people use it as a tongue and cheek description of someone who is a fan of anime and manga. However, in Japan the connotations are more negative. Oftentimes, people in Japan use the word Otaku to describe those who lack social skills and are dangerously obsessive over niche entertainment such as anime and manga. So, it’s probably best if you don’t go around Japan screaming that you’re an Otaku.

However, my emphasis on Otaku culture is because it’s something that western fans identify with. As such, it has become a big factor in the appeal of anime, manga and other niche cultures across the globe. The word means something entirely different to people in the west.

If you’re an anime and manga fan, then visiting Akihabara is an essential part of your trip to Japan. Akihabara is a shopping district in Tokyo dedicated to electronics, anime, and manga. Here, you can find volumes of your favourite manga, collect action figures of your most beloved anime characters and pick up some popular Japanese video game titles. For example, Kingdom Hearts, Final Fantasy, Street Fighter and Tekken. In addition to Akihabara, there are various other anime landmarks you can visit in Japan. These include the Studio Ghibli Museum located in Mitaka, Tokyo; the Gundam; And the One Piece Café in Tokyo.

It’s not shocking that people around the world greatly revere and respect Japanese cuisine. I can almost guarantee that you can find Japanese cuisine in most countries across the globe. You can certainly find it in the United Kingdom, in which this is most prevalent in London from my experience. Whether it be Ramen, Sushi or Onigiri, Japanese cuisine has become a staple of international cuisine. However, there’s no better place to experience Japanese cuisine than Japan, the country where the food originated from. There are a variety of dishes you can experience in Japan that have great significance in Japanese culture due to the historical importance attached to them.

In Japan, you have the opportunity to try authentic Kaiseki meals. Kaiseki is a traditional form of cuisine that has evolved over a period of thousands of years, using ingredients that are rarely found in other parts of the world. If you’re a fan of Sushi then you have the opportunity to try fresh Sushi at Tsukji Fish Market in Tokyo. If you’re looking for some authentic Japanese street food you can try dishes like Takoyaki in places like Osaka. Tokyo has the most Michelin and three-star restaurants than any other city in the world. So if you consider yourself a lover of food, are you starting to see why Japan should be your next holiday?

From the various Buddhist temples spread across Japan to the beautiful Zen gardens, there are a ton of cultural and historic landmarks to visit in Japan. Interacting with these areas will give you some insight into the rich history of Japan, and will greatly enhance your knowledge of the country and its culture. For tourists, you can receive a world of knowledge through checking out one of the 25 UNESCO World Heritage sites. Now, you’re probably wondering what UNESCO World Heritage sites are? Many define these sites as places on Earth that are of outstanding universal value to humanity. As a consequence, they have been inscribed on the World Heritage List to be protected for future generations to appreciate and enjoy.

An example of a World Heritage site is Horyuji. This is an old Buddhist temple located in Nara prefecture. It’s stated to be the oldest wooden structure in the world, and was officially designated as a UNESCO World Heritage Site in 1993. As we are on the subject of temples, there are an estimated 80,000 Buddhist temples and Shinto shrines in Japan, and some of them are said to be over 1,000 years old. The Buddhist temples and Zen gardens are said to be incredibly beautiful and leave you in a state of peace and awe. Inari Shrines are the most familiar Shinto shrines to Japanese people, and they are also known as “o-inari-san”. Thousands of them are spread all across Japan.

The different social norms of Japanese citizens and western tourists can create a cultural disconnect. However, this should not deter you or affect your ability to make friends in Japan. There are several opportunities to interact and connect with people in Japan, one example being bars and nightclubs. Tokyo is well known for its nightlife and specifically its karaoke bars. As you may know, karaoke holds extreme relevance in Japan – a Japanese engineer invented it in Japan during the 70’s. Now, I know what you’re thinking: the thought of singing in front of strangers is terrifying. However, nothing brings people closer together than music and a few drinks. So when in Japan, treat yourself and head to a karaoke bar near you.

Another way to meet and make new friends is to attend the various festivals held across the country. You might find it more difficult to connect and converse with people in Japan without knowing any of the language, so it’s always a good idea to learn even just a little before you go. This can easily be done with Learn&Co, where you can receive tailored language learning that aligns just with your needs.

At any time of the year, Japan hosts several events and matsuri for anyone to enjoy. Matsuri are traditional Japanese events where people often carry floats, called mikoshi, around between temples and shrines. They often take place in the summer and attract thousands, or even millions of visitors with their energetic atmosphere, amazing street food and activities for everyone to enjoy.

In wintertime you will find some unique and great festivals too. For instance, the Kamakura snow hut festivals that locals hold around the country. There are also several illumination festivals with spectacular light shows and decorations; some only over the Christmas period, where others last well into spring. Another world-famous festival is the Sapporo Snow Festival that attracts millions of visitors each year with spectacular ice sculptures and cosy winter scenes.

In conclusion, planning a trip to Japan should definitely be something you strongly consider. Especially when taking in the wide array of exciting things to do there. From festivals, to the museums, to the shopping centres, to the nightclubs. Taking a trip to Japan could be one of the most fulfilling and rewarding experiences you can have. Instead of cheating yourself, how about treating yourself to the exquisite food choices waiting for you on the street? Or teaching yourself the words to the song that will make you a winner at karaoke? All it takes is one phone call to a friend and you can end up feeling complete in yourself.


And don’t forget, if you’re looking for a truly authentic experience, get in touch with us at Learn&Co. Our passionate tutors will equip you with the language knowledge needed to enjoy your trip much more. 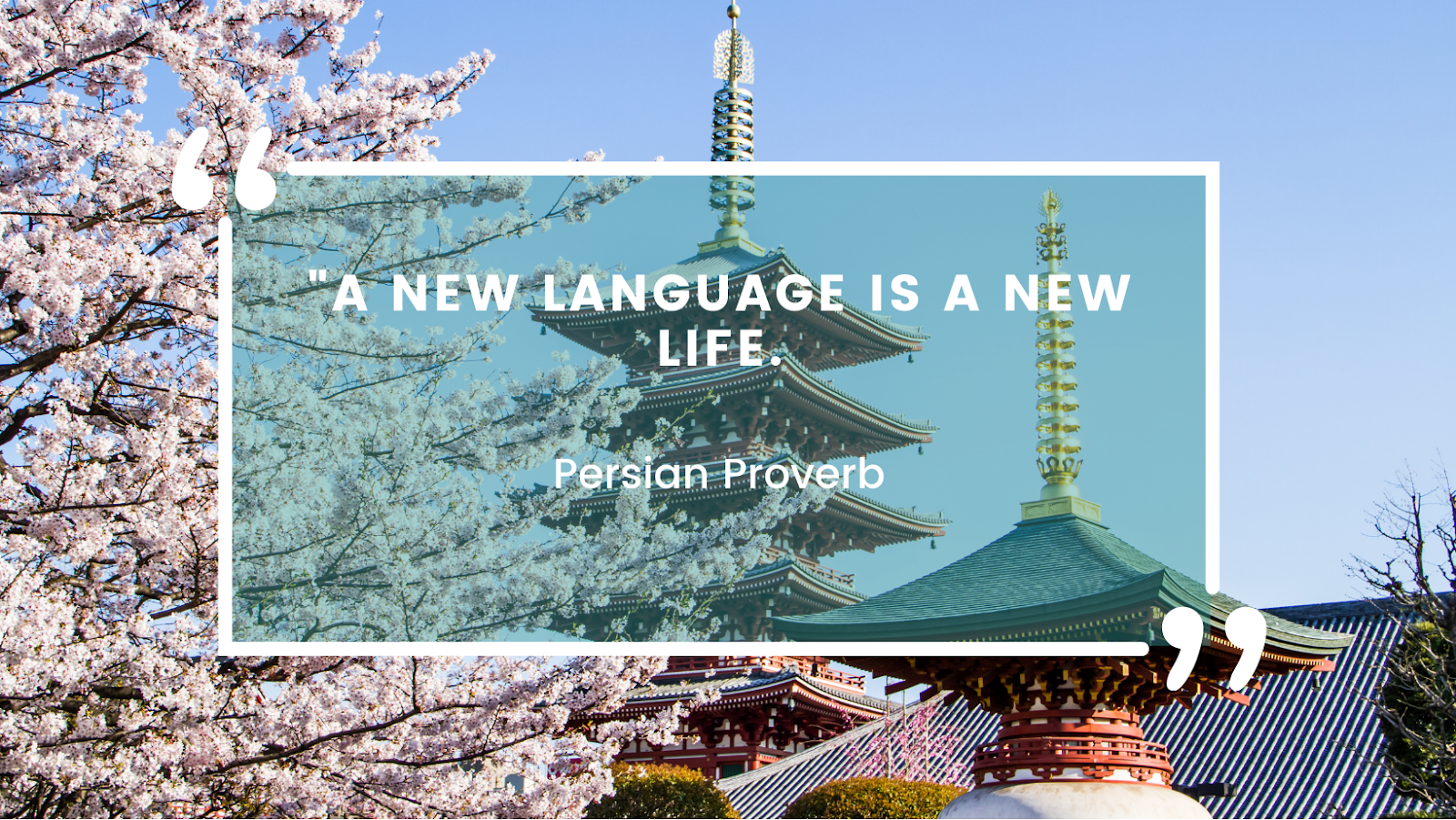 Everything You Need to Know Before Starting to Learn Russian